Sharkania is a classic, simple strategy board game with cute dragonlings and a lot of innovations to the “chess/go” genre, but it currently features only a fragment of all the ideas and possibilities we envisioned.

I gave it a try! A rather simple thematic variant of a match/control board game. It's really what you have described, and it works well. The theme is fun, if a bit bland, the drakes are cool and love there almost ball-like design, but the rest around is a very generic. The colors especially feels like they all have the same tone, making the game lack contrast.

The game really does what it does, it has its rules, and you try to win within those parameters. My only issue is really that: Its a digital board game, its no more or less then you get from ONE match. Especially as the moves you can make are rather limited (3-4 I think? Create a new dragon, Move a Dragon, Move a Dragon Uphill, Burn a tree). And while playing against others might bring some create strategic value, its a shame if you don't use the digital-space to create more content.

What I would love to see is the game taking a puzzle like progression, and its an area I feel you can expand the singleplayer experience without adding more features (as that would defeat the purpose of the elegant board-game-design). Have linear progression with "board-challenges" levels, where you play on strange board setups, maybe even the AI has preset pieces etc. still using the rules you have now to win.

A great example of this is Greed Corp, it has the game idea of using a "board-game" design space, but has several levels you progress within those boundaries.

Sorry for the late answer & thanks for the feedback!

We have a lot of ideas how to take Sharkania to the very next level, and there are a lot of paths to take, for example:

What do you think about these ideas?

Np! Always fun to play and comment, but honestly its always easy to be on the side of the critic, as we are not involved in the effort making the thing, so do take my reply with a fist full of salt.

With that said, I feel it really depends on what you want the end-result to be, are you a board-game with strict rules? or a more free-flow "things-might-change-at-every-turn" type of game? or whatever in between.

As the mechanics are quite few and very tight right now, all new mechanics basically change the entire paradigm of how the game is played, with what tactics are better/worse etc. So while that can be exiting, it can have huge repercussions. That said, personally I am rather partial to seeing something more, as the game is a bit to "board-game-like" right now for my taste and does not make much use of the digital-medium (as-in, you could make a 1-to-1 copy of this as a cardboard game without much extra management). Maybe something that has do to with a turn-timer, like making a burn-effect take X-turns instead of instant, so you have to plan the timing. The same could be done with a type of flying movement maybe, that you can fly to point X, but it takes two turns etc. You get the idea.

I really like the thought of having environmental changes, as this does not change the games core, but makes you adapt to the environment itself of what you should do, which feels like a great direction to go in. It has potential to create a interesting single-player experience with levels that are continuously varied and challenging instead of just playing against an AI over and over again using the same tactics. I can already see like a Dragon-Slaying Knight as a hazard, that kills dragons close to it and maybe even moves randomly every turn.

A board editor is nice, if a bit ambitious, I feel that's should be in the "wish-list" pile of things, as for a level-editor to be useful you need a good player-base to begin with. 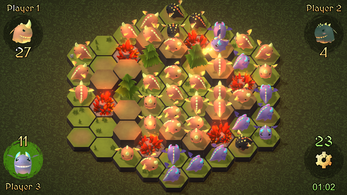 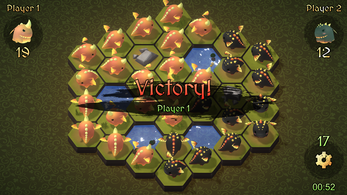 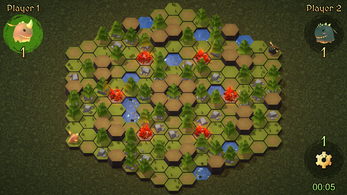 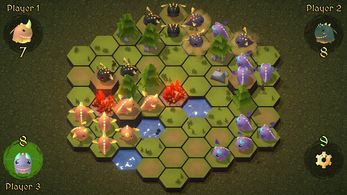 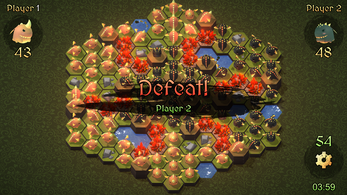 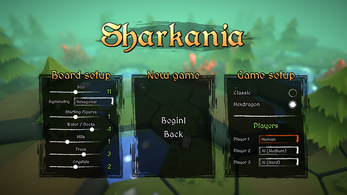